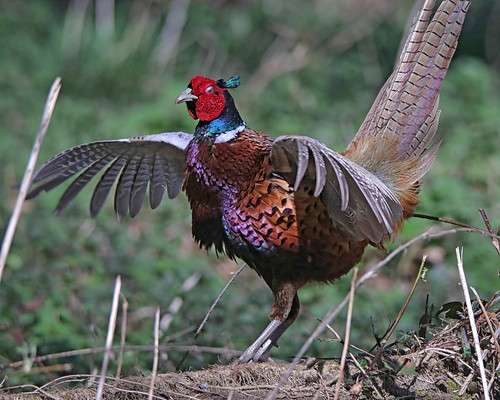 The question being, typically: "What's that on the end of your camera?"

As the name of this blog suggests, I do most of my photography with a telescope - a Tele Vue-60 refractor to be precise. What it lacks in autofocus and aperture control it more than makes up for in sharpness and colour correction. It's compact and portable and it doesn't need to be stopped down to hit the sharpness sweet spot. Recently Tele Vue embraced the world of social media and - as part of their ongoing 40th anniversary celebration - they asked if they could feature me on their new blog, in particular why I chose the TV60 and why I've stuck with it over the years. You can read the resulting post here:


Astronomers of course need no introduction to Tele Vue, but for those who don't know, they're a Chester, New York-based company founded in 1977 by Al Nagler. Prior to that Al designed lunar landing simulators for the Apollo missions, using his knowledge of optics to create realistic wide-field vistas to aid the astronauts' training.

Tele Vue started out making lenses for large projection-screen televisions, but they've since become renowned for their high-quality eyepieces and telescopes. If you ever get the chance to look through one of Tele Vue's wide-field eyepieces, I highly recommend it. They call it the "spacewalk" experience and with good reason: if, like me, you started out in astronomy squinting through a cheap and cheerful 0.965" eyepiece, the difference is startling. When looking through a Nagler it's as if the eyepiece "gets out of the way", leaving you immersed in the stars (or suspended above the moon if lunar observing is your thing). And if the 82-degree apparent field-of-view of a Nagler isn't enough for you, they also do an Ethos range, which goes up to a whopping 100 degrees.

In the interests of fairness and transparency I should point out that:

a) Other telescopes and eyepieces are available
b) I was not offered any incentive by Tele Vue (financial or otherwise) to contribute to their blog or write this post. I'm just a proud TV-60 owner and I wouldn't dream of parting with it.

A photography blog in which I discuss the images I've taken with a DSLR and a telescope: from the small stuff like the birds and butterflies of East Kent to the really big stuff like the moon and the planets.
My work has been featured on a number of TV programs, publications and websites, including Springwatch, The Sky at Night, Countryfile magazine, Popular Photography magazine, and The Guardian online.